Alright. I've found the "answer" but its obviously encoded in a clever way. I know what "encryption" it isn't, because I've tried several different encryptions. Normally I can logic this stuff out, but I'm completely stumped on this one. A nudge would be great.

Yeah I have the same problem I find an answer but no idea how to decrypt. Tried many things.

PM me what you have so far.

Hopefully, this will not spoil the challenge for anyone. Possibly confuse some people hmm

I have solved the stego part of this challenge, which I really enjoyed. First I did it partly, and could not make sense of it. And then I dug some more and unvealed the hidden secret.

But understanding the secret maybe belongs to encryption challenges? I cannot unriddle this.. I have tried morse code, gray code and multiple character encodings. Part of the problem is that it is not obvious which direction to read the bits. I have tried forward, backward, up, down, group by four, by eight and so on.

Problem with character encoding, is that there are probably more encoding schemes than there are encryption algorithms. So the problem is finding the algorithm, not the key. A small collection of bits with no encoding information really makes no sense. I could decrypt this with a 64 bit XOR key and get whatever result I want, but of course not the correct answer.

Maybe I'm just being stupid, or lazy. I think it is rather easy to create an 'unbreakable' crypto if you are only encrypting a small amount of characters. E.g. OTP is actually unbreakable as long as the key is secret.

hey is it a random password or a meaning full one??

It's not random no.

When you catch the right answer you will know it when you look at it. :)

Yeah, it's normally like that, psyl0cke When you first see it, you know you're on the right track. But before that, you just bang your head against the wall :o

I'm still stuck on this stupid thing. I know exactly what to do to find the answer, but none of the combinations are workin. I'm still getting a bunch of gibberish.

punches Euforia with my brain

Finally I got it. Jeez!

Now this challenge is all about permutations. I actually solved it using a known plaintext attack :) I will give you all a hint: Normally, we tend to start at the beginning when decoding stuff. But, try to think of an encoding that has a magic byte in the end, not the beginning. Then looking for this byte in the end should reveal the permutation scheme.

However, you are still not finished. PM me if you are still banging your head. Remember, I said this challenge is all about permutations…

Hello all dear Challengers, may I ask to pm someone please? Already did the first part + "half" of the second :) Thank you very much in advance - occasus 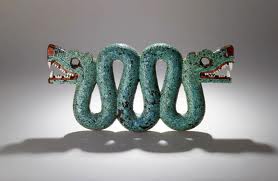 You can pm me man. thumbs up